Wouldn’t it be awesome if you could develop your application for a small SQL Server using the same features that you intend to use for scale?

And wouldn’t it be more awesome if you could start using bleeding edge features like In-Memory OLTP on some of your less-risky, smaller databases first? 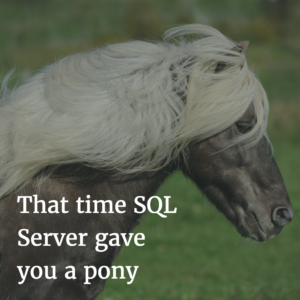 In the past, cost inhibited feature adoption

This has been tough in the past, because SQL Server limits which Edition can use specific programmability features. Enterprise Edition gets all the goodies, and Enterprise costs more:

With these prices, developers cant’t usually afford to use Enterprise Edition features on new, small projects. And they were forced to introduce cutting edge EE features into the most critical databases first– because the least critical databases don’t get those licensing dollars. Software vendors often have to maintain two versions of their SQL Server codebase: one for Standard Edition customers, and one for Enterprise Edition customers.

Developers will now be able to use far more features in production, whether or not they’re using Enterprise Edition. These features are now available in “lower” editions.

I’ve noted usage “caps” as I understand them from initial information:

At this time I don’t know of any limitations on these features, or differences from Enterprise. It’s very cool to see SQL Server making enterprise grade security features available to everyone, in every edition.

Did the price for Standard Edition go up? 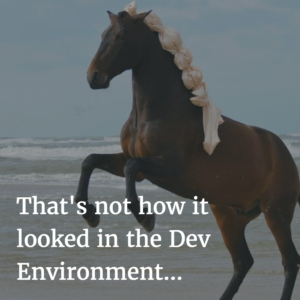 Yes. Scalability limits for edition aren’t changing. Enterprise still gets you more memory and more CPUs to scale your workload.

Fine Print: not all features have licensing changes

The clever reader may have noticed that I haven’t mentioned AlwaysOn Availability Groups, Transparent Data Encryption, Database Mirroring, or Peer-to-Peer Replication. No licensing changes have been announced for those features, or for services like SSAS or SSRS.

This is a huge licensing improvement, and it’s targeted at how you architect your schema and your codebase, and how you secure your data. But it doesn’t touch everything.

Note that these changes don’t apply to Developer Edition. It continues to have all the features of Enterprise Edition, and it’s free (aww yeah), but it’s only for non-production environments.

Traditionally, managers like to wait until Service Pack 1 comes out before they get serious about upgrading to a new SQL Server version. You’ve got an especially good reason to talk about upgrades with this one!

PS: you try out SQL Server v.Next on Windows and Linux, too