When I first began working with databases, I was lucky to land a job at a little start-up which had solid development and operations processes: all our code, including database code, was in version control. We had a strong database architect who instilled good coding practices into the way we managed database code as well: code was expected to be reusable whenever possible. 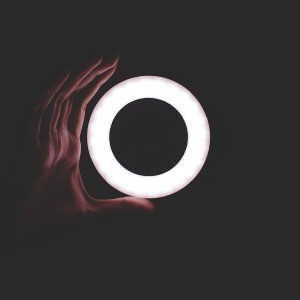 For example, there was one set of code which managed error handling and logging for all our databases. It lived in one repository in version control, and was deployed into many databases. This code resided in its own schema, in this case the “EVT” schema. Similarly, there were other bits of “reusable” database code for managing configuration, transferring data between instances, documenting objects and procedures, and other common tasks.

The top five benefits I can think of, are…

But how do you implement this with modern tooling?

Back in the day, our company wrote our own tooling to help us with this, because there simply weren’t any vendors who provided this functionality. Writing and maintaining that tooling required a significant investment on our part.

These days, there are lots more tooling options available (and now I work for a vendor in this area, Redgate Software). However, it can be puzzling to determine how to implement reusable code in modern database tooling, especially “state-based” tooling such as Microsoft SSDT or Redgate SQL Source Control.

A diff occurring between a committed version of database code and a target database. In a state-based deployment, tooling automatically generates the code to be deployed from this differencing task. Without the use of filters or special tooling, any objects not in version control will be scripted to be dropped.

This becomes tricky if you are only deploying part of a database, especially if there are any dependencies which exist between the part of the database you are deploying and the rest of the database. If you do nothing, the state-based solution will assume that you want to make the target database look exactly like what is in version control and only like what is in version control, so it will script DROP commands for anything else.

How you solve this problem depends on your tooling. Since I work for Redgate, I naturally invest my time in working with our tooling the most – so from here on out I’ll be talking about deploying SQL Source Control projects with SQL Change Automation, which has features which help with this problem.

SQL Change Automation has graphic extensions/plugins as well as PowerShell cmdlets. I’ll refer to the PowerShell cmdlets when describing how to do this, but know that the very same functionality is available in the plugins:

In other words, no matter how you are versioning the code you want to make reusable, there is a path towards being able to safely deploy this code in an automated fashion to target databases as needed.

There are other interesting patterns which deployment filter files enable. For example, Chris Unwin and I recently worked on a case where we were asked how to make schema based deployments to a large number of production databases as efficient as possible. This can be done with a variety of orchestrators – in this example the use case is to have Octopus Deploy manage the release orchestration.

We’ve just published a 46 minute YouTube video, “Reusable Schema Deployments with SQL Source Control and Octopus Deploy” which gives you a view of this at work. (To be clear, Chris 100% did all the hard work here and I’m riding his coattails!) If you’d like to check out individual parts of this video, a table of content with links is at the bottom of this post.