I’m thrilled to have just finished and published a new course on Automatic Tuning in SQL Server. This feature is available in SQL Server 2017+ and Azure SQL Database.

Update: this course is now open and totally free to all. 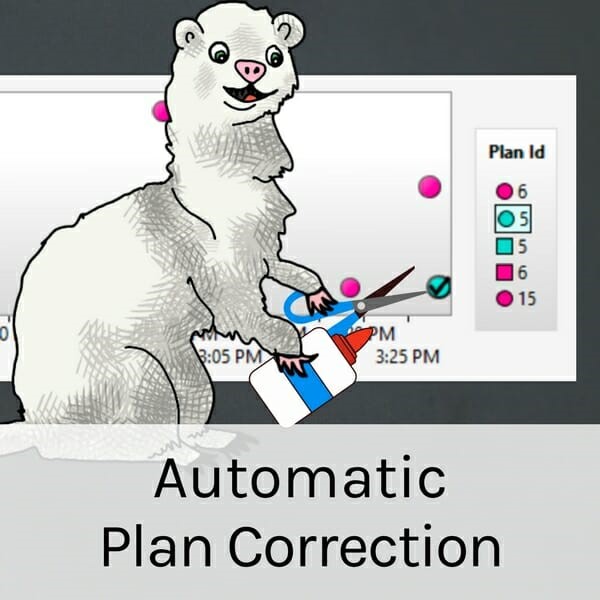 I shouldn’t be so cynical, because after working with this even for a short time, I started to see the magic.

I’m glad I was wrong

Yes, the feature only works sometimes. However, that’s because it’s NOT really clumsy. It’s quite thoughtful!

But this is OK, because it’s not trying to permanently fix things. It’s trying to make things better for a little while until YOU can step in and figure out a permanent fix!

One of the trickiest performance problems that developers and DBAs face is figuring out “why was this thing slow two hours ago, but it’s fast now?”

Many times, the answer to this is “bad parameter sniffing”: we had an execution plan in cache that was slow when the query was executed with a variety of different parameter values.

This is hard to identify because often a different plan is currently in cache by the time we look at it. And even if we have fancy monitoring tools, it can be tricky to compare the average costs of the plans and determine which plan may be better.

The Automatic Plan Correction feature is looking exactly for things like that.

And that is a hard enough problem to detect that I see why this is an Enterprise Only feature. I get it.

Best of all, you can try this out in a safe way

You can either let Automatic Plan Correction test out changes for you, or just look at its recommendations.

The recommendations contain pretty rich detail about the problem it observed, the regressed plan, and the plan that looks like it would be better. You can take that information and use it with Query Store to devise your own fix safely.