In the past week or so, the Microsoft Data Platform community has begun having a discussion about inclusivity, both on Twitter and across community blog posts.

This conversation began when a member of the community shared their story about being repeatedly mis-gendered and additionally feeling excluded, unwelcome, and hurt at a series of community events. 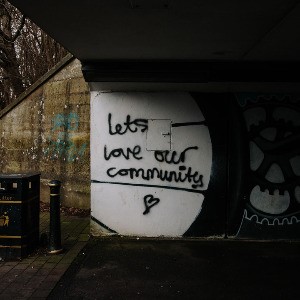 Historically the legacy SQL Server community has had quite visible support for Women in Technology, but has not shifted broadly/overall to a public focus on larger Diversity and Inclusion issues. There have been efforts to be more inclusive to people of color and members of the LGBTQ community, but these efforts have have not been nearly as visible or “popular” within the community as the efforts to support WIT.

I don’t write this in an accusatory way, only to describe the state of things as I see them. I have not worked to change this, and as a community member I share in the responsibility for the problem I see.

I’ve seen many comments from people saying that they want to learn to be more inclusive, and I’ve also seen folks asking for advice on how to speak and act in ways that will help make everyone feel welcome.

This pattern of asking how to do better is what makes me the happiest, because I do need help to learn to be inclusive by default, and to recognize when I am making a mistake without realizing it. I see that I’m not alone in recognizing this and I appreciate others who are making it a known pattern to ask for help in this way.

Years ago I began a job as a contractor (V-dash, holla!) at Microsoft. At the time there was a bit of an “outsider” feel to being a contractor, but I didn’t mind, I got to work on cool stuff, and I liked my fellow contractors just as well as I liked the full time employees.

One office over from where I sat was another contractor who happened to be transgender. We didn’t work on the same team, so we were never in the same meetings, but we passed each other in the hallway plenty. I never said “hi.” I never went out of my way to smile. I never said, “hey, do you want to grab lunch?” Looking back, there was plenty of evidence that my coworker felt unwelcome, isolated, and alone, and by doing nothing I simply added to that problem.

What I should have done was to be friendly and welcoming to my colleague, even though we weren’t on the same team. I should have introduced myself. I should have smiled in the hall, even if I’m always super awkward smiling at people I don’t know (insecurity, hi, it me). I should have asked if they liked what they were working on– like I did of plenty of other folks who were on other teams.

If I felt like I was a bit of an “outsider” because I was a contractor, I can hardly imagine how my colleague felt.

I did not realize this in any way until this week.

I’ve learned a lot this week

I can’t go back and redo my past behavior, but I can do better now and in the future. I can ask others to help me recognize when I can improve. I can listen. And I think we as a community can do better as well. I am regretful that someone was hurt, but I am glad that we are having this conversation. Growth is usually not comfortable, but it is important.