I received a question recently asking about disk access patterns for index seeks in SQL Server. The question suggested that index seeks would have a random read pattern.

Is this necessarily the case? 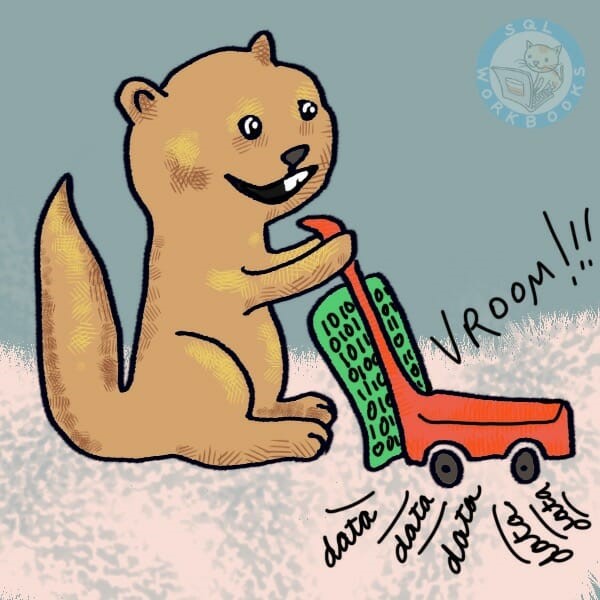 We tend to think of an index seek as a small, efficient retrieval of a few pages. It “seeks” straight there.

But this isn’t necessarily the case. Seeks can read quite a large amount of data – even all the data in a table if it meets the criteria for the key that I’m seeking on.

Seeks may also be more complex than they sound: they may seek on one key of the index, and then use non-seekable predicates to check every row that comes back to apply more filters.

Let’s look at an example

I have a table named dbo.FirstNameByBirthDate, which has a row for each baby name reported in the United States from 1880 to 2015.

There is a nonclustered index on a column named BirthYear.

I run the following query:

It gets a seek!

Here’s the plan for the query. This gets a seek operator…

Digging into the properties of that operator, the seek predicate here is:

SQL Server knows this is going to be a lot of rows. It decides to go parallel.

Having checked the data, I know that this seek operation is going to read the entire index on BirthYear. But, technically, this is still a seek operation.

What types of read operations does this do?

Looking at an actual execution plan, I dig into the index seek operator and it shows me information about the physical IO. Almost all of the requests were read-ahead reads.

Read-ahead is a mechanism that SQL Server can use when it’s pulling a lot of information from disk. Instead of pulling 8K pages onesy-twosy-threesy, SQL Server can suck up big chunks of pages from disk with a vacuum cleaner.

If you’re running developer or enterprise edition, you may get a larger vacuum cleaner. 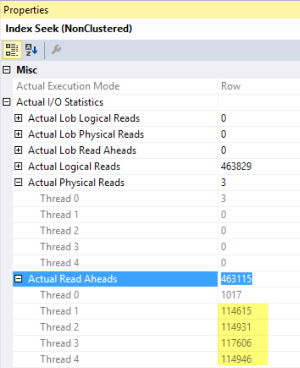 There’s a couple of ways to look at the read size. One method is to fire up the SysInternals tool Process Monitor and watch ReadFile operations from sqlservr.exe on a test system.

Here’s a sample of the reads it saw when I was doing this seek (and not running anything else on the instance). The highlighted row has a length of 524,288 - that’s a 512KB read! I’m running Developer Edition, so I’ve got the big read-ahead vacuum cleaner.

Most of the reads here are 64K chunks, but there’s quite a few cases when it can grab more…

A small excerpt of the read operations seen by Process Monitor

What does this mean?

This means that there’s no simple shortcut to establishing and testing IO patterns for an application.

You shouldn’t, for instance, look at a performance counter that says there’s a lot of index seeks and interpret that to mean that there’s a lot of tiny 8K random read operations going to disk. Index seeks just aren’t that simple, and that’s a good thing for performance! Even if seeks do need to go to disk, they are able to leverage read-ahead reads – and they may be ‘seeking’ a lot of data.

If you want to get into the nitty gritty and collect data to help you characterize your workload, check out the Analyzing I/O Characteristics and Sizing Storage Systems for SQL Server whitepaper.

And I guess I should admit: read-ahead doesn’t really use a vacuum cleaner.