SQL Server 2016 introduces big new features, but it also includes small improvements as well. Many of these features are described in the “It Just Runs Faster” series of blog posts by Bob Ward and Bob Dorr. 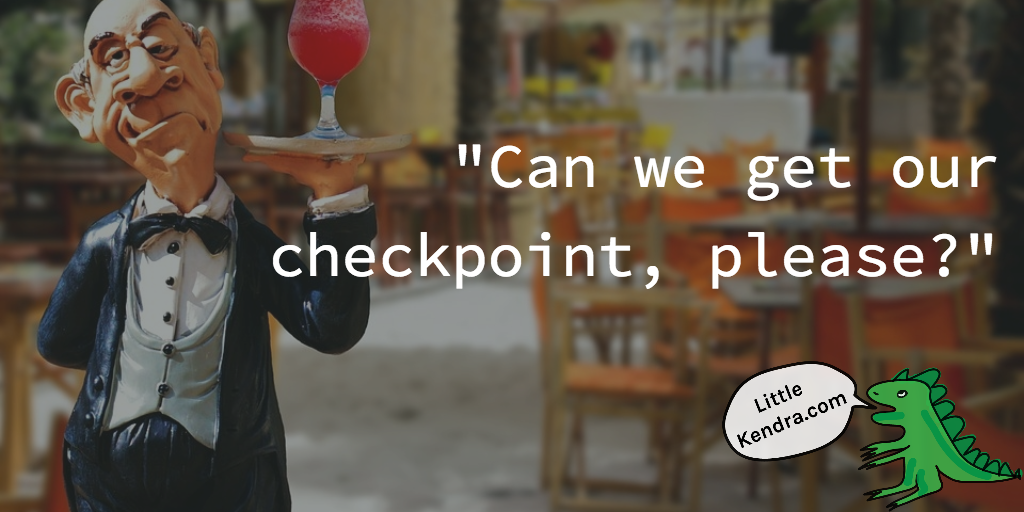 Indirect checkpoint is the recommended configuration, especially on systems with large memory footprints and default for databases created in SQL Server 2016.

Head over and read the article to learn how indirect checkpoint works.

When you create a new database in SQL Server 2016, if you use the GUI and click on the ‘Options’ tab, you can see the “Target Recovery Time (seconds)” in the Recovery section is set to 60. 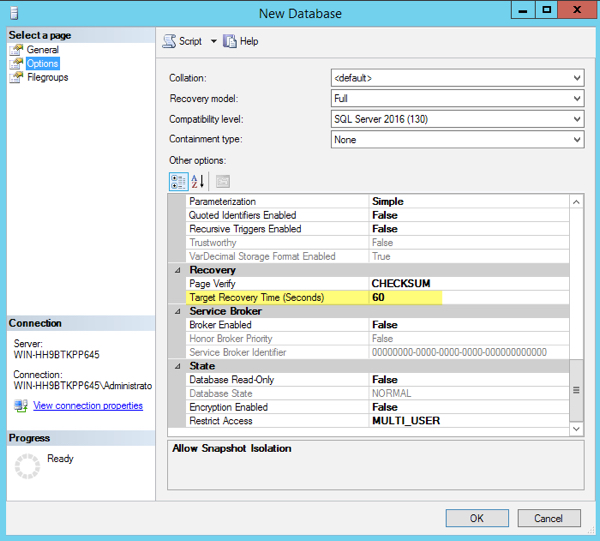 This value is inherited from the model database, so if you don’t choose to use this as the default for your new databases, you can change it there. You can also turn this on for individual databases in SQL Server 2012, 2014, and databases restored to 2016.

You can see the settings for existing databases with this query…

If the target recovery time is set to 0, that means the database uses automatic checkpoints (not the newer indirect feature).

Is 60 seconds a big change in recovery interval?

Nope. Not unless you’ve changed “recovery interval (min)” in your server configuration settings. Check your current setting with this query…

If  your value of ‘recovery interval (min)’ is set to zero, that means automatic checkpoints are typically occurring every minute (source).

Are there risks to using indirect checkpoint?

Yes. Things can go wrong with any configuration, and every setting can have bugs.

If you’re using indirect checkpoint with a failover cluster on SQL Server 2014, make sure to test and apply recent cumulative updates. On June 21, 2016, Microsoft released KB 3166902.

This KB is a pretty serious one: “FIX: logs are missing after multiple failovers in a SQL Server 2014 failover cluster”.  When log records are missing, SQL Server can’t recover the database properly – read the error message carefully in the KB and note that it says:

I verified from the team at Microsoft that this bug was fixed in SQL Server 2016 prior to RTM, so no need to wait for a patch.

In June 2016, Microsoft released a series of Cumulative Updates for SQL Server 2012 and 2014 that recommend using Trace Flag 3449 and indirect checkpoint on servers with 2+ terabytes of memory to speed up creating new databases. See KB 3158396 for details.

What performance counters should I monitor?