Microsoft has just released a new round of cumulative updates for SQL Server 2012, and the release notes indicate that a fix to the sys.dm_db_index_usage_stats dynamic management view has been included in these updates. This is good news for index tuners using SQL Server 2012.

As of SP2 + CU12 and SP3 + CU3, SQL Server 2012 will persist index usage information even when ALTER INDEX REBUILD is run. 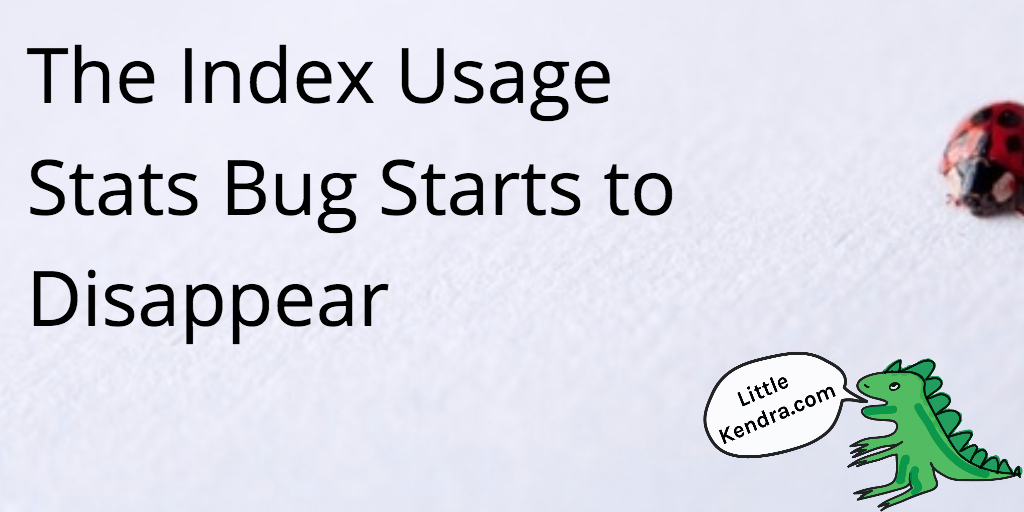 A comment on the Connect Item on sys.dm_db_index_usage_stats says the fix is planned to be released in the upcoming release of SQL Server 2014 SP2.

What About Missing Index DMVs info?

These DMVs still get reset/cleared on index rebuilds. Vote to fix this bug here.

Want the backstory? Read more in my post, “What Resets sys.dm_db_index_usage_stats and Missing Index DMVs.”