I’ve been living in Portland, Oregon a couple of weeks now. I’m reporting back on what I’ve found. 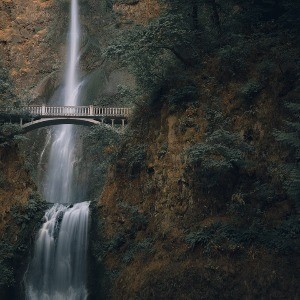 What You Notice First

If you drive into Oregon you notice two things pretty quickly: there’s no sales tax and you aren’t supposed to pump your own gas.

Come As You Are

It’s OK to dress creatively in Portland– dress however you want. Really. Having tattoos is normal, but people don’t stare if you don’t have them, either. Oregonians seem to accept people as they are unless they cause a problem. It’s like Seattle with 30% more friendly-weird.

Seriously, People in Portland are Friendly

I heard about this before I moved here. People aren’t “nice” in Portland. Instead, they’re really friendly. The difference is subtle but noticeable. People say genuine things, and they take an interest in you. They’re relaxed and happy to see you. People listen and ask questions.

Our neighbors have welcomed us wholeheartedly. They ask about what we’re interested in, they’ve dropped off fresh vegetables from their gardens. Lots of people walk and bike, and it must just put them in a good mood.

A good friend told me a story about her niece from Southern California visiting Portland. When asked if she would be interested in coming to college here, she paused and then said, “It’s a little too nature-y.”

She wasn’t kidding– it’s really NATURE-Y here. There’s a giant forested park right in town. We’re talking 5,000 acres with 70 miles of trails. I went for my first walk there last weekend and it was just perfect– a little bit hilly with rolling paths, gorgeous trees, birds, ferns. And the occasional fascinating giant slug.

The Ikea is near the airport— which I think is a great place to keep your IKEA. The airport is clean and bright, and has free wi-fi and good coffee. With this combination, I’m strangely looking forward to picking people up at the airport. Is your flight delayed? No problem, I’ll stop off and buy IKEA napkins and something with a bizarre name to put in the middle of my kitchen table.

The food in Portland is insanely good, and it’s everywhere on carts.

There’s lots and lots of bridges.

The coffee really is that good.

SQLSaturday Oregon will be held on October 8, 2011.

This will be directly prior to the SQL PASS Summit 2011, so if you’re attending Summit you can plan for a combo trip– or just come see us.

If you do plan for the combo, you can fly into PDX and then take the train up to Seattle. The train has wi-fi, too.