This much we agreed on: Tycho Brahe was a visionary, an astronomer, and he lost a big piece of his nose.

The rest was murky. I thought he died from syphilis, and that possibly his nose had been lost the same way.

Jeremiah said he lost his nose in a duel, and that he died of some sort of toxicity related to refusing to pee.

We were in the car, going somewhere. I think we were going to Portland and it was move-related. This is, you see, because we’re moving to Portland. 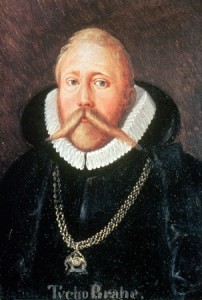 I’ve been living in Seattle for quite a few years now, and there’s lots of things to love. I love my local friends, the bahn mi, and the mountains.

But there’s lots to love in Portland, too. There’s an exciting and innovative tech community and lots of tall trees. And it’s only three or four hours down the road. We needed to move to get a little more space, and we thought we might try our hand at being Oregonians.

The Plan for Data n Waffles

I’ve had some logistical challenges launching Data & Waffles in Seattle. The cool/free location I’d found isn’t available on weekends– it’s too crowded at that time so noise and crowding make it impossible. I know that people are coming from all over and that weeknights would be difficult.

And now I’m up and going to Portland, too.

My thought is to go digital and make it “BYO Waffles, YO.”

I’m really intrigued by 37 Signal’s Campfire tool – it’s a collaboration software that combines conference calling, chat, and filesharing. I may check that out– or there’s more presentation geared tools like WebEx and LiveMeeting. I’m going to set up a few stealth trials and see how things function, then organize our first meeting.

What Happened to Tycho

Seems that Jeremiah was correct on all counts.