What issues have you had in interacting with the business to get your job done?

I thought about this for a long time. Eventually I realized that I wanted to see the pattern in the trees from the last ten years.

What the Business Says: “We Want Features!”

As a DBA working with software developers, I’ve heard many times from the business that they want new features.

They need a new feature to land a big client, to be the first to market with something, to retain a client, to compete with x.

They need a feature to land on Mars, and if we can’t do that reliably, well, we should just do that once. They don’t care what it takes to get to that feature, we needed to get it last week.

And so the wheels squeak, and the features are prioritized with a mysterious calculus involving the business which is never fully revealed.

What the Business Wants: They Actually Do Want Features. They Just Don’t Want to Talk about Sacrificing Scalability/Availability/Recoverability for Speed of Delivery.

The thing is, the business is telling the truth. They do need features to make money– at least in the competitive markets I’ve worked in. 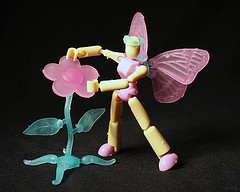 However, typically people are so busy stressing when they need the new features that no honest assessment and agreement on quality is reached.

Maybe people think it’s embarrassing to have a frank discussion about what type of SLA and reliability will come with a new feature. Possibly that opens a company to some legal challenges if a different level of service has been provided to the customer. However, this is exactly what the business should truly want: to promise the correct level of reliability to the customer.

Now, not all new features need to be high quality work. Sometimes you’re delivering a shiny toy, and nobody’s going to use it to shave, wear it as a diaper, or drive it to work. But a feature needs to have a clearly defined level of scalability and it needs to be safety-proofed to the appropriate level for that product. It shouldn’t enrage your large customers on a regular basis.

Commonly, this part of the process is overlooked. People don’t want to talk about it. Unfortunately, it leads to delivering a product that  may look good at first on the outside, but may not really please the customer until it’s been patched up in the middle of the night a few times, retrofitted on a weekend, and ultimately largely re-written and re-released.

As an operations person, you bring up the conversation about SLAs repeatedly and make sure all parties come to an agreement. You ask questions about disaster recovery and availability and make sure you have the time and resources to meet those needs.

You make sure there’s time in the release schedule for performance and load testing, and  you set your expectations to medium-low until you have strong data that shows how something will perform. Trickiest of all: you somehow get that data prior to release.

You document everything, because people won’t remember later.

But most of all, you establish a good relationship with people in the business by being genuine, open, and honest with them, and not pre-judging them. If your business people trust you, they are likely to ask you a few questions before making many promises.